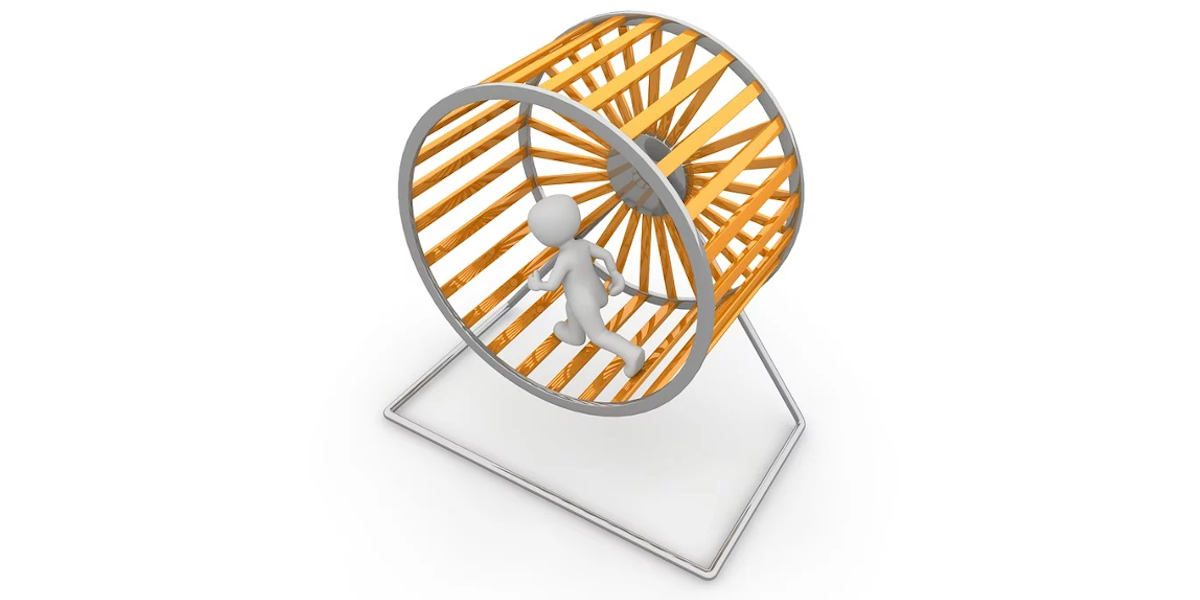 Let me begin by saying that this post has got nothing at all to do with sportswear. What I want to talk about here is the surprisingly common practice of committing resources to marketing activities without actually examining whether they work.

This might sound like an unlikely error, particularly in an economic climate in which you’d expect every penny of marketing expenditure to be carefully scrutinised, but it’s something I see a lot. Very often, on first sitting down with the MD of some small business, it quickly becomes clear that it’s a problem; large amounts of time and money are routinely being devoted to certain tasks but no one has ever tested whether they produce a worthwhile return on investment.

I’ll name no names in this article but I’ve seen companies spending absolute fortunes on advertising, exhibitions, corporate entertainments and/or sponsorships, and all without introducing even the most basic procedures for measuring the results. One MD I know spent a high four figure sum on listings in a well-known business directory every year, and yet he couldn’t tell me what results his advertisements had delivered.

That’s just one instance amongst many. That same phenomenon of ‘spending without measuring’ can be seen across the whole gamut of marketing tools and channels. I have seen dozens of similar examples but I’ll restrict myself to just one more – a recent one, and the example that actually prompted me to write this.

This particular company worked in a competitive business-to-business market, struggling to maintain awareness amongst a packed field of similar firms. Traditionally, it had engaged in a mixed range of promotional activities but, over the last year, the senior management team had developed a strange and unfounded obsession with Twitter.

Twitter, of course, can be a very effective tool for some businesses, but it’s by no means a panacea solution. No single marketing channel is. However, in this case, the company was devoting nearly all its marketing resources (mainly staff time) to building its Twitter profile and reporting the results in terms of likes, retweets and comments. Crucially, however, no one was measuring whether any of these metrics were translating into useful leads or sales enquiries. As it turned out, they weren’t. And to compound the problem, the obsession with Twitter meant that less and less effort was being devoted to other forms of marketing, and leads were actually beginning to decline.

Happily, things are now moving in a healthier direction but this example shows the importance of staying alert to what you’re doing and always questioning your own thinking. It’s easy to lose sight of the big picture and to concentrate on the most immediate tasks of the hour. But do that and you risk wasting a tremendous amount of effort, and missing some really important opportunities.

Over the years, when I’ve come across businesses that are content to spend without measuring, the most common explanations for it tend to be:

1) “All the competition is doing it,” or

Neither of these is a good reason. All organisations are different, and what works for the competition might not be appropriate for you. And just doing what you’ve always done is a certain recipe for stagnation and obsolescence.

Just Do It… Properly

There’s no great secret to getting this right. It’s a matter of testing the market. No one can know in advance which channels and techniques will work best for you (despite what some marketing agencies might claim when they’re making their sales pitches). Only your target market can dictate what works, and the big challenge is to find that out.

To do it requires effort – testing out different marketing options and, crucially, measuring the impact of each. There are some great tools out there, particularly in the digital realm, so make sure you use them. Google Analytics and Search Console are two well-known examples that can deliver valuable insights into your website’s performance, and direct marketing tools such as MailChimp offer some very useful reporting facilities that show what is and isn’t working. (A number of mailing tools offer an A/B testing option, which can also be very revealing, but we’ll talk about that another time.)

But it isn’t all about software. One of the simplest things you can do is to ensure that all your staff are adhering to the age-old practice of asking every new prospect ‘where did you hear about us?’ and then faithfully logging the result. It’s an inexpensive but effective approach.

Often, it isn’t hard to gather the data you need. Staff sent to attend a trade stand at an expo can be given simple forms or card scanners to keep a record of any new contacts they make, and scribbling a few notes at the end of a business networking event can be enough to ensure that you recall the details of all your most important new prospects. The way you measure results will vary by channel, but the most important thing is that you do it, and that you do it as a matter of routine.

Ultimately, the message here is simple. Don’t rely on gut feeling and assumptions when deciding how and where to spend your marketing budget. Base your decisions on the best data you can generate. That means testing out a range of channels, logging their results and then evaluating their comparative effectiveness.

Evaluation is an important stage. In its simplest form, it’s a question of finding the total cost of the marketing activity (including an estimate of staff time) and then dividing that by the number of leads it generated, to give you an average cost per enquiry.

Find that figure for every activity in which you engage and you have the basis of a meaningful comparison of ‘return on investment’.

However, don’t always be tempted simply to drop the channels that produce the highest cost per enquiry. That might be a perfectly sensible move but it depends on the nature of your business. The quality of the lead might also be important.

For example, if you’re selling building products, an enquiry from a homeowner about, say, a new front door would have a certain one-off value. By contrast, an enquiry from an architectural practice could potentially be worth substantially more, because it’s in a position to buy multiple units and, when it moves on to its next project, it could place additional orders.

Only by trial and measurement can you make those assessments but it’s effort very well spent. That sort of data empowers you to make informed judgements about your future spending – allowing you to focus your resources on the techniques that deliver the best returns on investment. The results of that process are less money wasted and more impact across the board.

Finally, it’s important to remember that this process of trial and measurement isn’t a one-off thing. You can’t just do it the once and assume that nothing will ever change again. Your customers change, as will your competitors and the market landscape. So, keep testing, keep measuring and keep refining your marketing strategy. That way, whatever you choose to do, you can be confident that you’ll be doing it right.

If you would like help with improving the cost effectiveness of your marketing and lead-generation strategy, please get in touch. Call us on 01772 866134.

Based in Preston, Lancashire, Robin Gregson is a Chartered Marketer, experienced in both B2B and consumer marketing.
For more details, please call 01772 866134 or visit our profile page.